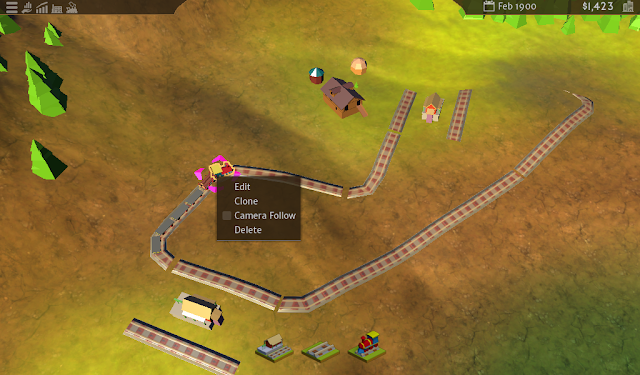 A picture paints a thousand words, so need I say more?
Okay, a few more. Activated with right click, you can now view some options that were previously only available via keyboard shortcuts.

A large portion of time has been spent working on the build pipeline. These are the build scripts that basically automate builds, testing, uploading to steam/itch and finally post a message to our matrix channel (#bitshift:matrix.org) when a new build has been uploaded. So those who are already in this room will have seen some of these messages flying around.
Part of this script has been automating the build version number which at the moment looks something like this:

this version number is made up of 4 parts:

you as the user are likely only interested in the first 3 numbers, where 0 indicates early access builds, 1 will be used when we leave early access. Minor version is pretty arbitrary such as a major change to some big features, or something like DLC if we ever do them. Then there is the patch number, well this is really the number of commits in the GIT history so you this should be changing somewhat often during early access. Then the git hash is well, the git hash to help us find exactly what git commit we released on.

Last year we moved our website to Amazon AWS, as it appeared to have a free tier which we should be able to stay under except for maybe the odd month if there was high volume traffic to our website or master server.
Unfortunately, this promise has turned out to not be the case! I found out after being charged ~$50AUD a month for the last few months hosting without any emails to say so! To that end, we moved back to our previous provider infinityfree. Unfortunately we quickly remembered why we left them in the first place! They inject some weird javascript into each page which makes putting our master server there problematic.
To that end, we found google has a free tier, but the website needs to be static (instead of dynamic), so I had to spend some time modifying the website to run through a static webpage generator.
We are still looking for a solution for our master server which is dynamic being written in PHP.

Since the game is getting fairly solid, I have taken the time to have a break from programming and spent some time attempting to hitting up some gaming journalists. Now is a good time to hit up the marketing since we have reached a point where the game is pretty stable and we plan to start sending out some preview copies to the press. If you are a game journalist yourself please shoot us an email as we would love to get in touch with you.

And we shall finish with this! The final thing we have been doing is... waiting for Godot of course!

No not that! This: 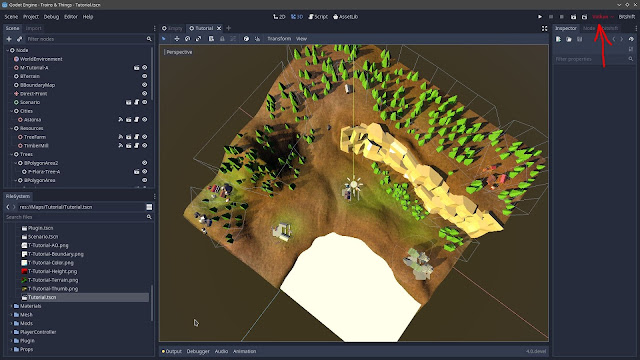 Let me explain a little more: Godot is adding in Vulkan support!
Basically we want Trains & Things running on the Vulcan renderer such that we get the best performance possible. We started work on Trains & Things on Godot 2.0 and it looks like we are waiting for Godot 4.0 before we ship into Early Access. The primary reason we are waiting is because we do not want someone to buy Trains & Things only to then switch to Vulkan and then for some users to find that they may no longer be able to play the game. So it just helps you as a customer to try the demo, see that it works, and know that it will continue to work for you.

Today we have just switched to the Godot Vulkan branch as seen in the above screenshot. I have hunted down a few engine bugs and submitted them to the Godot team.
I've also ported our code to handle the engine changes and now things seem fairly stable.
...and the frame rates are feeling very nice!


And because I haven't done a random fun train video lately, I shall leave you all with this:

That's all folks!
The bitshift team