Please note that for the 0.3 release you must delete project.godot from the game install directory!

If in doubt, delete the Trains And Things directory and re-install it.
This will ensure Trains & Things will show the correct version.

First up is this snippet of news from Godot (the engine we are using):

I've posted this as it has some major implications for us. In short, the Vulkan branch is now the primary branch of development by everyone working on Godot!

What are the repercussions here for us? Well, this means that the Vulkan branch (now known as the master branch) will now be changing rapidly, indeed mass changes have been happening! Some of these include fixes, and no doubt some will cause instability. For 0.3 we have locked down to a build that is a few weeks old as it is a stable known point. The latest and greatest version of the engine is mid-way through some heavy changes. This reason itself has made releasing 0.3 a juggle as the old version of the engine we are locked down on didn't cross-compile the Windows binaries correctly on Linux, so I had to use 3 different computers to just patch 0.3 together from different machines to work around the problem! Fingers crossed by the time 0.4 comes around things will be smoother on the build front again.

So far, we have seen some critical fixes that affect us being rolled into the Godot master branch. We have been able to re-enable mesh instancing which also should provide a good frame rate boost when rendering things like trees and rocks. Previously enabling this feature was causing crashes while trying to load maps.

Enough about the engine. The primary feature and focus of 0.3 is better modding support, primarily, Mod.io integration. Along with this we have upgraded our mod documentation which is included in the Editor which you Modders can download shortly. This documentation is available via the Bitshift > Docs menu. The editor is meant to be available currently on Steam but it seems not to be available yet, so I am working through this issue with Steam support.


How fancy pants is that screenshot?

Other things we have been working on is improving the LOD (Level of detail) in the game so trees and trains will now disappear when you zoom out far enough so the strategic view remains functional with a suitable frame rate. Tracks will stay visible so you have an idea where your base of operations is.

Another feature we have in 0.3 is loading screens!
You can see a nice tip in yellow, and the map description with its thumbnail to give you something delightful to read while the map loads.

The camera has seen some changes, particularly the camera zoom. You can now change the pan and zoom speeds in the options menu. Zoom has been reworked to not used fixed levels of zoom, but now zooms based on zoom sensitivity and how fast you spin your mouse wheel. This should allows for you to find the right camera height but also maintain the ability to quickly zoom in and out fully. Do note that Linux is working better here as I have patched the engine to add some better input handling, which I couldn't do for Windows in time. I'll have a stab at improving zoom on Windows in 0.4. This will only be noticeable at low frame rates anyway (sub 20 FPS).

A nice little feature which was broken before 0.1 released was the ability to subdivide a track when in track build mode using the shift key. This has now been fixed so use this to help optimize your track segment lengths.

We have also separated players who are trying multiplayer in the demo so they cannot see or join full version servers. Every one, demo and full version users, still participate in the same global chat channel. This should help a player being ejected after the demo time expires which could be quite annoying for someone who has paid good money for the full version.

Australia map is now fleshed out and playable. This is the biggest map we have done, and honestly its a bit big but it is gorgeous! This map is a bit tricky as there are some temping revenue streams that are only available by stretching into the heart of the map which brings the risk of financial ruins! 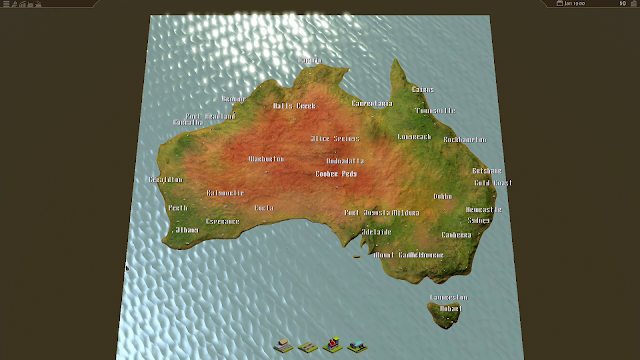 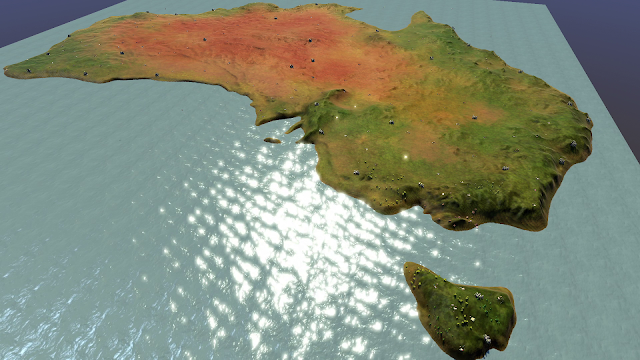 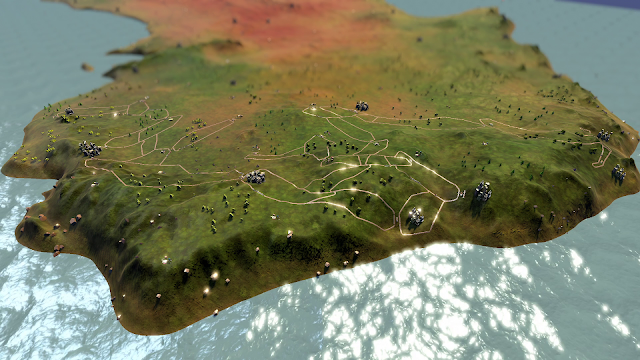 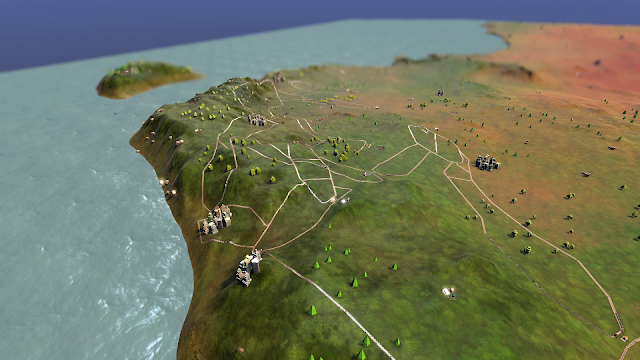 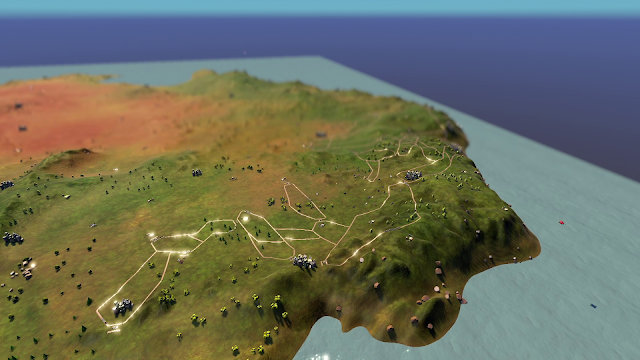 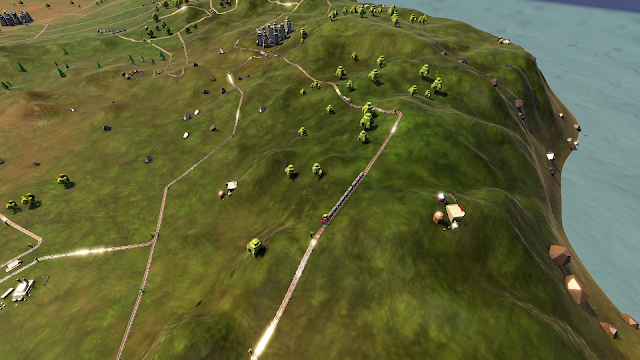 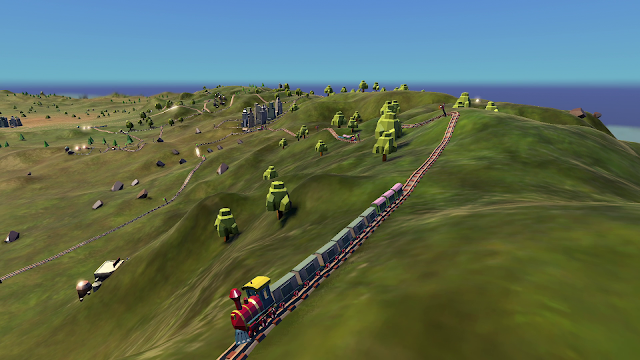 These are the major features and there are other bug fixes so here is the complete list...

Features:
Fixes:
Known Issues:
Remember you can find out more about each bullet point by visiting our task tracker and just use the # number provided.

Now 0.3 is out the door, whats next you ask? Typically we like to keep a bit hush hush on whats coming up, but we realize that we have been a bit quite over the last few weeks since 0.2 was released. So we thought we would give you a bit of a heads up for whats next! For 0.4 there are basically 2 major features we are aiming to bring up to scratch.

First is fixing up the stocks and shares mechanic as we think this part of the game has had the least love. The ability to buy out other companies has been a back seat so much so that often when we play a versus game, we totally ignore it out of habit of playing so much coop.

Secondly is a major rework of the company panel so that profit and losses are broken down for each year. This will help you determine if your improving or getting worse as time progresses.

To go along with 0.4 we are looking at doing a China focused map around Shenzhen or some where close by (ELECTRONICS! ... must resist showing my Factorio addiction). Currently a lot of the resource chains in our maps are horizontal in that they don't take much to go from a primary resource to something that gets consumed. In this map we want to have some more verticality. To have long chains from primary resources to be consumed at the end point.

To finish we leave you with a trailer for 0.3.

That's all for this time!
The bitshift team